How to Fix Laptop No Response

How to Fix Laptop No Response – Laptop Repair World 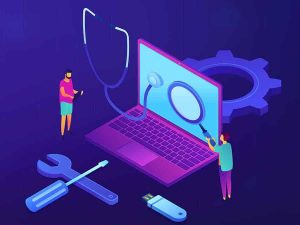 You may encounter some problems when using your laptop. For example, pressing the power on button does not display anything. Many users have encountered such a problem: why won’t my computer turn on? This article gives you the troubleshooting about the computer not powering on.

The Laptop Can’t Be Turned On, You Can Judge Whether It Is Powered On

If the laptop display or light is no on,determine if it is a problem with the power adapter, try plugging in again or replacing the original battery and adapter to test.

If laptop not turning on but power supply ok, it may be caused by poor contact of various components of the computer. In this case, you need to disassemble and check the components whether there is looseness. Re-plugging the laptop parts that may affect the self-test.Generally, priority is the failure of the RAM and laptop fan.

Finally, before the laptop is turned on, if the computer is plugged in some external devices, such as USB devices or projection devices, unplugged these devices and then turned on your computer.

Static electricity is the weak current that remains on the electronic components after the power is turned off.

In other words, after turning off the computer, even if the battery and power are removed, the computer still has a weak current.

It’s enough to keep your computer running for a few seconds or let the fan spin. Static electricity may cause the laptop won’t turn on no lights, no display, or even cause a short circuit on the motherboard